Bob Cranmer has been involved with Pittsburgh and Pennsylvania Government since 1990 as a former elected official and as a Pittsburgh-based government relations consultant. For more than a decade, Bob has represented a wide-spectrum and diverse portfolio of public and private sector clientele.

Bob is known as a “bi-partisan” relationship management expert—highly skilled in strategic planning, collaborative team building, and negotiations. He has a strong reputation and record of success in working with local City and County governments, as well as State and Federal government in Harrisburg and Washington, D.C.

Bob is a native of Pittsburgh, growing up in the borough of Brentwood where he still resides. He graduated from Brentwood High School in 1974 and Duquesne University in 1978, upon which he was commissioned a second lieutenant in the United States Army. Bob went on to serve nine years in the active army, several of which as a Company Commander in the 101st Airborne Division. He also served in the United States Army Reserve with the rank of Major during the Persian Gulf War commanding a Military Intelligence unit. Bob’s employment has included positions with AT&T Bell Laboratories, AT&T Corporate Marketing, and Communications Technologies Group, LTD. Kimball & Associates, and most recently the Harrisburg lobbying firm of Pugliese Associates, managing the Pittsburgh office.

In politics, Bob was elected to Brentwood Council in 1991 where he initiated an economic development corporation, which generated over 30 million dollars of new development. It now serves several municipalities and is a model for other communities. In 1995 he was elected Allegheny County Commissioner where he served as chairman of the board. As a Commissioner Bob ushered in sweeping changes to county government, reducing county taxes in excess of 50 million dollars per year, reducing county personnel by 18%, reorganizing county government from forty-one departments to six, creating the position of County Manager, a county 911 system, and forming a city/county economic development organization which generated several billion dollars worth of new projects and related economic development.

He led the effort to establish home rule in Allegheny County, which created the position of County Executive and County Council. His other notable accomplishments include the construction of PNC Park, Heinz Field, and the new David L. Lawrence Convention Center. He was also a driving force behind the creation of the Allegheny County Airport Authority to manage the Pittsburgh International Airport. 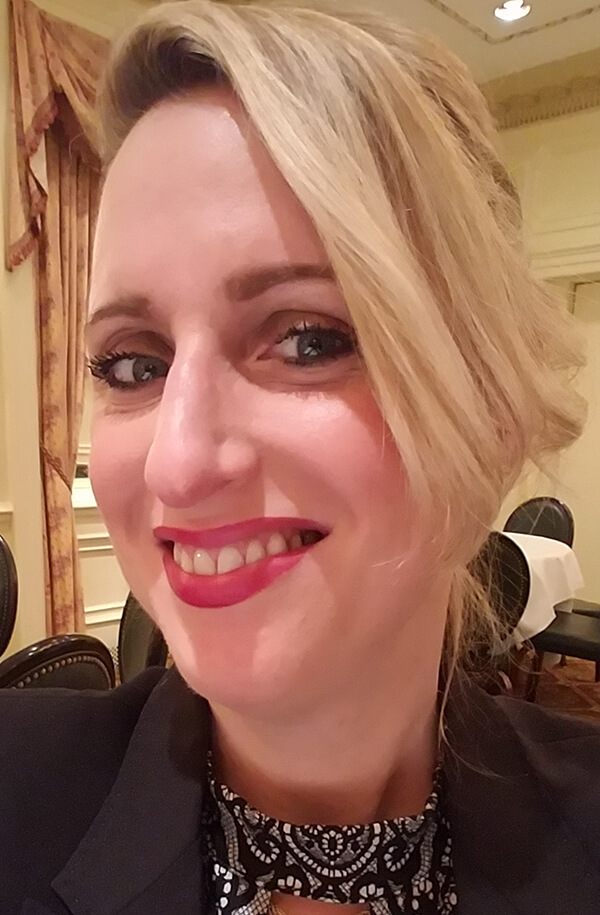 In early 2020 Claire Cranmer (Smyth) partnered with Bob Cranmer and Cranmer Consultants bringing with her a strong passion for advocacy and expertise in government affairs. Claire’s dynamic approach and multifaceted background in government as well as corporate environments has expanded Cranmer Consultants’ scope and services—further enhancing our firm’s exceptional work and proven-achievements on behalf of our clients.

Claire begin her career working within the Washington state Attorney General, House of Representatives’ Speaker, and Majority Leader’s offices, as well as the Idaho state Senate. She was then recruited into the private sector by a prominent government affairs firm in Washington, District of Columbia where she advised Fortune 500 corporations and top-tier interest groups on numerous legislative initiatives and political campaigns across the nation.

In 2018, Claire came to Pennsylvania to join the fight for better access to care for those suffering with mental health and substance use disorder—combating the opioid epidemic for the newly formed provider-based Pennsylvania Treatment Alliance spearheading its government advocacy and relations at the federal, state, and local levels.

Prior to her work in government and government affairs, Claire spent more than 10 years working in the financial and commercial real estate industry in Chicago as well as nationally.

To contact Claire Cranmer (Smyth) directly please call (412) 212-8815 or email her at claire@cranmerconsultants.com.

Dr. Murphy’s professional work includes over 40 years in Healthcare, government service, the military, education, and media. As the only health professional in the United States with such a full-spectrum background, the depth of his expertise is highly sought after and recognized by a diverse range of organizations and governmental entities.

Earning his degrees in psychology from the University of Pittsburgh (PhD), Cleveland State University (MA) and Wheeling Jesuit University (BA), he worked at hospitals in the Pittsburgh region including Children’s Hospital, Magee Womens, Mercy, and West Penn and owned a multi-disciplinary private practice. As a psychologist he specialized in family and child/adolescent psychology, developmental disabilities, post NICU care, trauma, and court appointed evaluations. At the University of Pittsburgh he served as Assistant Professor in the School of Medicine and later as Adjunct Associate Professor, as well as Associate Professor in the School of Public Health.

In 1996, he was elected to the Pennsylvania State Senate and reelected in 2000. While a state senator he established himself as a leader on healthcare public policy when he penned the historic Patient Bill of Rights law setting regulations for Managed Care.

He was then elected to eight terms in the United States Congress representing Southwestern Pennsylvania. Recognized as the national leader in mental health reform, his multiyear investigation into federal problems with mental health policy culminated in his comprehensive bill “Helping Families in Mental Health Crisis Act” praised as the most substantial mental health reforms in over half a century. Initially the bill was given only a 3% chance of passage with only three co-sponsors, but after his four years of determined work the bill passed the House 422-2, and was then amended into the 21st Century Cures act signed into law by President Obama in December 2016.

While in the US House of Representatives he served on the Energy and Commerce committee and several subcommittees including Health, Energy and Power, Environment and the Economy. In addition, he chaired the prestigious Subcommittee on Oversight and Investigation where he lead several congressional investigations including (in part): federal policy on Opiate Addiction, General Motors Ignition switch failures, the public health response to Ebola Outbreak, CDC failures with dangerous pathogens, FDA performance on new drug approvals, concussions in professional and youth sports, HIPAA regulations and federal energy/EPA issues. Other legislative accomplishments include writing several laws/amendments on Medicare payments, pipeline safety, energy policy, federal laws protecting our domestic steel industry from illegal foreign trade practices, and championed efforts to save and enhance the Air Force, Navy and Army military bases in Pittsburgh. While in Congress he founded the GOP doctors caucus, the Natural Gas caucus, was Chairman of the Congressional Steel Caucus, and co-chaired the Mental Health Caucus, and Poland Caucus.

His publications include several research journal articles, trade magazine columns and numerous editorial columns in newspapers throughout the country and Europe. Dr. Murphy co-authored two books with Loriann Hoff-Oberlin: The Angry Child: Regaining Control When Your Child is Out of Control (2001) (National Parenting Book Award); and Overcoming Passive Aggression: How to Stop Hidden Anger from Spoiling Your Relationships, Career and Happiness (first edition 2005, second edition 2016).

Murphy now works as a consultant in public policy with health care, energy, manufacturing, as a public speaker. He still practices as a consulting psychologist treating Traumatic Brain Injury, addiction disorders and volunteers with care of homeless veterans.

Dr.  Birru is a renown economic development professional with decades of extensive experience working with companies and governmental entities at the local, national, and international levels. In prior years he assisted, as IEDC lead consultant for Washington DC’s Mayors office in restructuring their economic delivery organization; and the Mayor of Louisville in developing former industrial sites, the Mayor of New Orleans in economic development strategies post Katrina and Oil Spill. As part of ULI Advisory Panel, He was engaged in exploring the non-aeronautical development of Raleigh-Durham International Airport, and presented a case study on bringing retail services to urban communities.

Between 2004 and 2008, Mulu Birru served as the Director of Economic Development of Wayne County/Michigan, and the CEO of the newly formed Greater Wayne Economic Development Corporation, a quasi government organization, that overseas the development function of Wayne County that includes the City of Detroit and 42 other municipalities. Among his responsibilities and accomplishments include initiating and overseeing the development of an airport city/aerotropolis project covering a 25,000-acre site, and in maste planning 1,200 acres in and around the two Detroit major airports. He was engaged in business retention/attraction, and in collaborating with regional organizations to diversify the economy of Wayne County. He established the Wayne China Program initiative in order to attract extensive Chinese investments Wayne, and in supporting Michigan companies to enter the Chinese markets.

During 1992-2004, he served as the Executive Director of the Urban Redevelopment Authority of Pittsburgh. During this period, he also held the position of Director of the Department of Economic Development of Allegheny County for 3 years. He oversaw the completion of over $4 billion worth of economic development projects both in the urban core and in the suburban communities, including around the airport. He has redeveloped over 1,000 acres of former industrial sites into technology parks, mixed use developments, mall developments, and several other end-uses. He played a lead role in the development of a stadium for the Steelers, a ball-park for the Pirates and in the development of the largest LEED certified convention center facility in the US.

Who we are. Meet Our Cranmer Consultants Team- Client Focused, Bipartisan, Experienced with Proven-Results 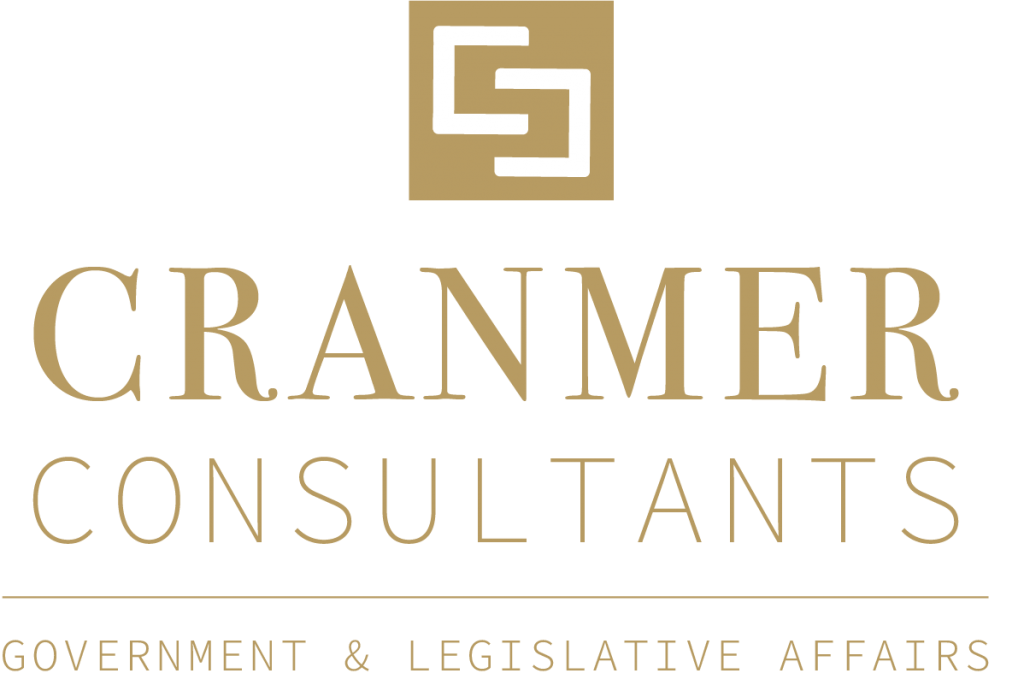